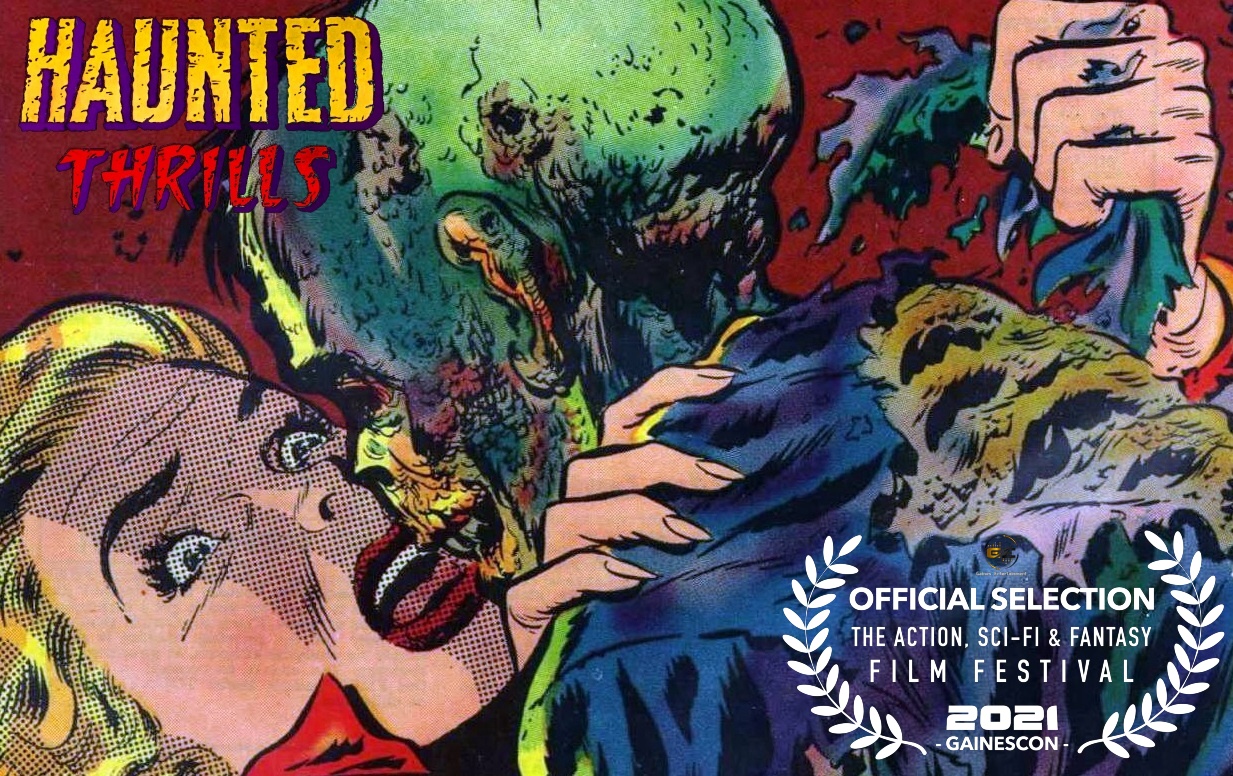 Filmmaker Mike T Lyddon’s new doc about golden age pre-code horror comic books titled HAUNTED THRILLS will be screened as an official selection at the GAINESCON Film Festival in the Tampa Saint Petersburg area of Florida.
The film will screen Friday, November 19th or Saturday the 20th at the Studio Movie Grill, an amazing movie theater where you can dine while watching first run movies.  Film festival winners will be announced on November 20th.
This two day event features real indie films in the genres of action, sci-fi, fantasy, and horror.
“I was very pleased to get HAUNTED THRILLS on the festival board at Gainescon as an official entry and I plan to attend the event.” Lyddon said. “It’s great to break the ice at the start of fall festival season and I couldn’t think of a better event than Gainescon to begin the journey.”

This short documentary is a companion piece to Lyddon’s previous feature film WITCH TALES that contains stories adapted from those awesome pre-code horror comics of the 1950s.
Lyddon’s film will play several festivals before being officially released on RUMBLE and subsequently on Youtube and a few other platforms.