HAUNTED THRILLS will be screened at FEAR FAIRE May 13 – 14, 2022 at the Rio Hotel and Convention Center, Las Vegas, NV.  Mike Lyddon’s documentary featurette on pre-code horror comic books from the 1950s  will be playing in the film festival part of Fear Faire which is a horror convention of independent music, film, and art.  It will feature live music including members of the original Oingo Boingo, make up effects demos, freakshow, costume contest, and more. Many thanks to the festival officials for selecting HAUNTED THRILLS to be part of the event.
https://www.thefearfaire.com/filmfestival 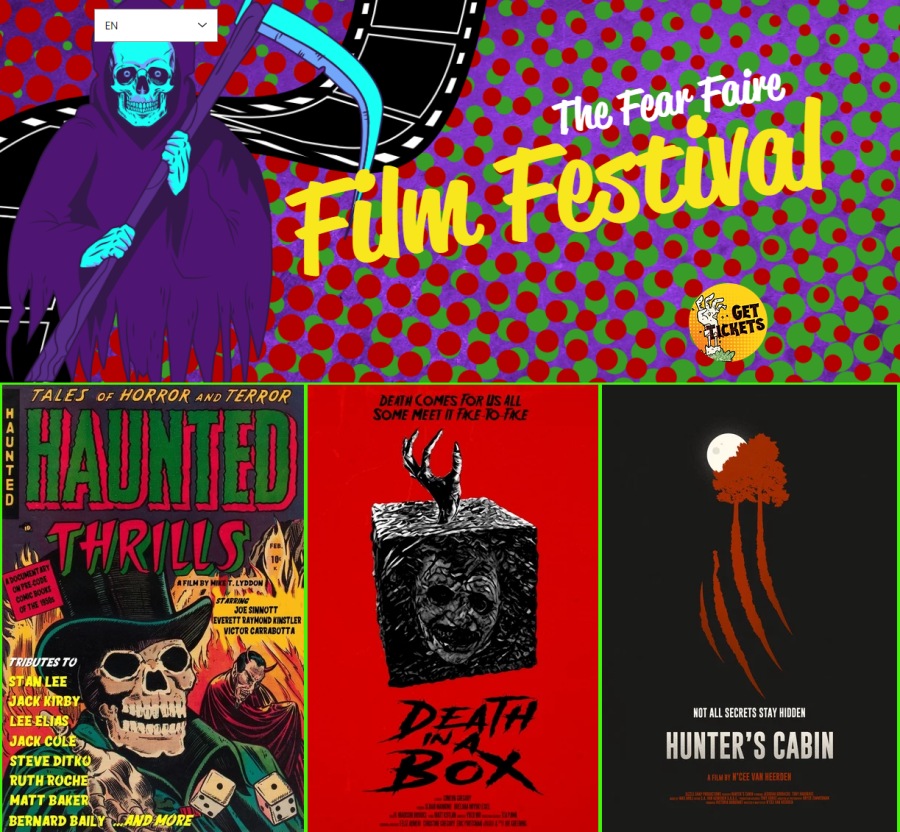